A letter from the NRB, an association of Christian broadcasters:

We’re writing to invite you to communicate with Congress on a crucial issue for broadcasters: the impact of performance royalties on local radio.

This resolution currently has 211 cosponsors. We would like to see this resolution reach 218 cosponsors (a House majority) to send a strong signal that any performance tax legislation would be dead on arrival.

The opposing bill, the American Music Fairness Act (AMFA), was brought to a full House Judiciary Committee hearing on February 2, 2022. The AMFA would eliminate the distinction between digital and non-digital audio transmission in the royalty space and establish a performance royalty for sound recordings broadcasted by terrestrial AM/FM radio. This constitutes a massive expansion of government into the music licensing space and would mainly benefit the three major record labels that already dominate the market.

As broadcasters, you understand the financial and regulatory burdens that local radio stations face, the promotional value that radio provides to artists and labels, and the essential role of local radio in times of emergency and crisis. Attached to this email, we’ve provided everything you need to reach out to your representatives as station managers and representatives of the industry.

We urge you to reach out to your representatives and those in your stations’ districts and ask them to cosponsor the Local Radio Freedom Act. Thank you for partnering with us! 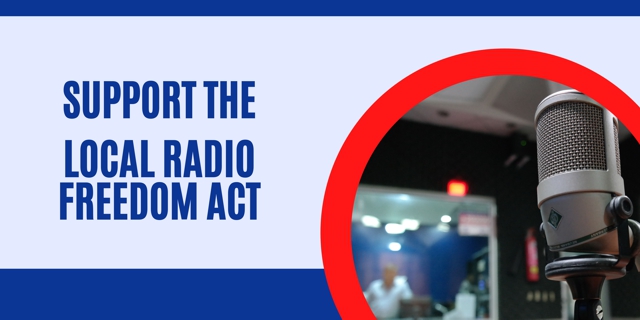